We have 11 incredible Hemp-Derived CBD products in our HempWorx brand. These products consist of 6 Tinctures, 3 Topicals, and 2 Pet Products which all utilize CO2 Extracted Hemp Oil grown in Kentucky. We have a 60 day money back guarantee so it’s risk-free! Click Here To Purchase These Great CBD Oil Life Changing Products.

The Hemp Shack National Series introduces good old fashion stock car racing and if you love old time racing then this series is for you. The series features longer races, typically 100 laps in length compared to the iRacing series counterpart with 100% fuel and dynamic weather to allow drivers to experience close wheel to wheel racing with an emphasis on race strategy. The races typically finish with many cars pushing for position right to the checkered flag. The Series again places an emphasis on drivers practicing good race-craft skills. The National Series is the equivalent to the Nascar iRacing National Series.

Laps Needed To Lower Your IPL Is Based on Total Incidents Divided By Total Laps Completed Raced. It is not possible to determine how many laps it takes to lower your IPL by 0.001. It changes by the number of laps you complete.

If you quit a race prematurely, you will not lower your IPL, so It is to your advantage to run as many laps clean laps as possible to lower your IPL 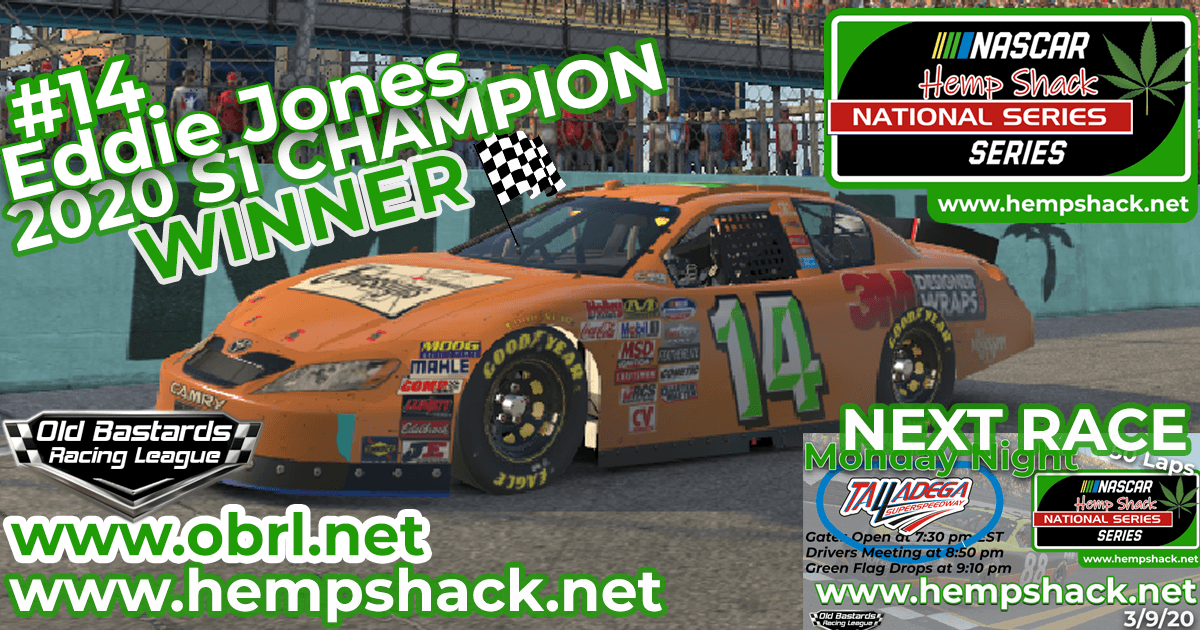